EXPLORE THE WORLD OF ALUMINA 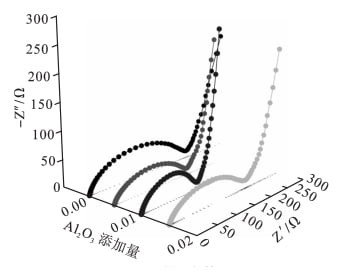 DEC, DMC and EMC were mixed into a 25mm×25mm weighing bottle according to the volume ratio of 1∶1∶1, and 0.7596 g LiPF6 was added into the weighing bottle to prepare the basic electrolyte with molar concentration of 1mol/L. The additive nano-al2o3 with mass fraction of 0%, 0.5%, 1.0% and 1.5% was added into the basic electrolyte, and the final electrolyte was obtained by magnetic stirring for 5h.

Will be active substances LiFePO4, acetylene black, poly (vinylidene fluoride) (PVDF) according to the quality ratio of 8:1:1 grinding mixture, add N  methyl pyrrolidone slurry system, apply evenly on the aluminum foil, and then in the 100 ° C in the vacuum drying oven drying 10 h; Put the dried positive electrode piece into the glove box after pressing, punching and weighing. In the argon atmosphere in the glove box according to the positive battery shell, electrode, electrolyte, diaphragm, lithium plate, relay, spring plate, negative battery shell assembly sequence; The assembled button battery was sealed with a sealer, and then tested after standing for 12h.

Ac impedance, also known as electrochemical impedance spectroscopy (EIS), is an electrochemical measurement method using a small amplitude sine wave potential (or current) as a disturbance signal. Because the small amplitude of the electrical signal to the system disturbance, on the one hand can avoid a large impact on the system; On the other hand, the relationship between the disturbance and the response of the system is approximately linear, which makes the mathematical processing of the measurement results easy.

In this experiment, the AC impedance test was carried out by clamping the marked button battery on the CHI660D electrochemical workstation with the corresponding clip, and the frequency range of the test was 10-2 ~ 106Hz. The properties of cathode materials are judged by the change of electrode potential. 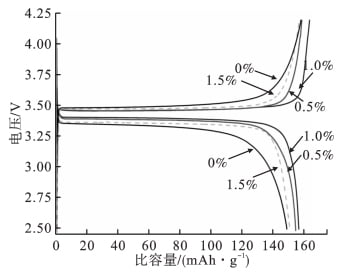 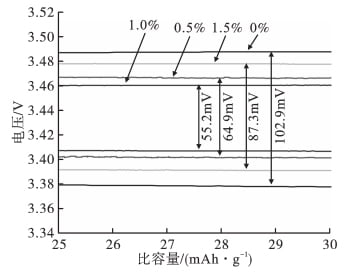 FIG. 3 shows the cycle curve of charging and discharging of LiFePO4 / Li battery samples with different contents of nano-al2o3 at 0.1C rate. 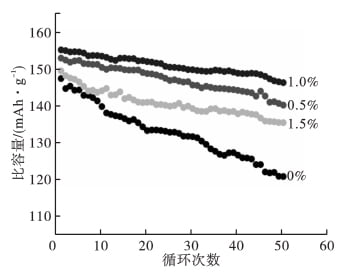 2.2 Influence of nano-al2o3 with different contents on AC impedance

In conclusion, the electrochemical performance of LiFePO4 / Li battery samples is the best among all samples when the addition amount of nano-al2o3 is 1.0%.